To share your memory on the wall of Patricia Wheeler, sign in using one of the following options:

Pat emigrated from England to the U.S. in 1962. As an in-home nurse and au pair, she cared for children and elderly people in and around Long Island, New York until she accepted a job working the telephones for an insurance agency, where her English accent charmed the customers.

In 1965, Pat married William Wheeler, with whom she raised three children in Nanuet, New York; Baldwin, New York; Demarest, New Jersey; and Doylestown, Pennsylvania. She loved babies and often said that her life’s dream was to bring her own children up with more opportunities, and a greater sense of hope, than she experienced in her own childhood.

She worked as a homemaker for many years. As her youngest reached high school, Pat took employment as a teaching aide at The Preschool at Doylestown United Methodist Church, where she was much beloved for her kindness and humor. She retired in 2005 and relished the additional time with her many friends and her six grandchildren. For the last nine years of her life, Pat resided with her son in North Wales, Pennsylvania. She died of lymphoma at her middle daughter’s home in Bordentown, New Jersey.

Pat enjoyed being surrounded by family, as she was in her last days. She was also a fan of birds, opera, old jazz and country music, baked treats, brunches and luncheons, reading, shopping, Star Trek, and women triumphing over the patriarchy.

Memorial services will be held privately. In lieu of flowers, memorial donations may be sent to The Leukemia and Lymphoma Society and to St. Jude Children’s Research Hospital.

Pat is survived by her siblings Anthony Cain, Barbara Price, and Peter Cain; by her children Lesley Wheeler, Claire Kerr, and William Wheeler; and by her grandchildren Justin, Madeleine, Tyler, Cameron, Aidan, and Paige. They and many others miss her very much.
Read Less

Receive notifications about information and event scheduling for Patricia

Print
Services will be Private.

We encourage you to share your most beloved memories of Patricia here, so that the family and other loved ones can always see it. You can upload cherished photographs, or share your favorite stories, and can even comment on those shared by others.

3 trees were planted in the memory of Patricia Wheeler

Posted May 09, 2021 at 09:42am
Pat and I met aged 13 on our first day at Calder High School in Liverpool. We bonded immediately and remained friends for ever. I was an only child and Flo and Charlie welcomed me into their home where I enjoyed many happy years as part of a large happy family. She was my bridesmaid. Even though we lived on separate continents Pat and I kept in touch, even visiting each other. I loved her and will miss her.
Comment Share
Share via: 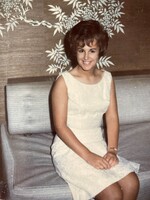 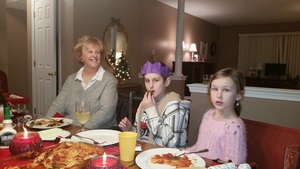 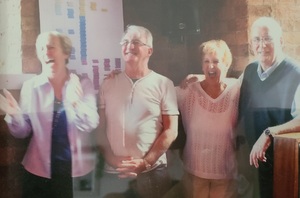 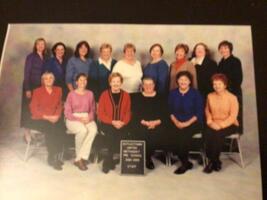