To share your memory on the wall of Richard De Luca, sign in using one of the following options:

Richard “Rich” C. De Luca, 71, of Bordentown, NJ passed away on Tuesday, March 16, 2021, with his loving family by his side. Born in Pittston, PA, he moved to Lawrenceville at 9 years of age, graduated Notre Dame ... Read More
Dateline Bordentown

Richard “Rich” C. De Luca, 71, of Bordentown, NJ passed away on Tuesday, March 16, 2021, with his loving family by his side. Born in Pittston, PA, he moved to Lawrenceville at 9 years of age, graduated Notre Dame High School, attended MCCC, and served in the Marine Corps Reserves.

Rich was predeceased by his parents Americus “Mac” and Margaret (Nardone) De Luca, in-laws Joseph Callahan, Sr. and Arlene (Davis) Callahan, and two special sisters-in-law Patricia Craver and Nancy Innocenzi. Mac and Margaret De Luca owned the well-known Trent Diner in Lawrenceville and Rich was a young entrepreneur himself, who continued to run multiple successful businesses. He owned and operated RJ’s Liquors & Lounge in Trenton for 30+ years. After a brief retirement, where he enjoyed time with his grandchildren, Rich and his wife opened The UPS Store in Bordentown in 2008.

Along with being a trusted businessman, he was a 40-year member and is the current Exalted Ruler of the Elks 2085 Lodge in Bordentown. He was inducted into the Trenton Softball Hall of Fame, with a long involvement that spanned 32 years, sponsoring teams in the Mercer County area and was considered one of the top sponsors over three decades. Rich was a member of the Burlington County Chamber of Commerce and the Rotary of Bordentown. His favorite pastimes included long days on the golf course, fishing, being the Captain of Champagne Lady, and anything involving the shore, a boat, and a Scotch.

At the family’s request memorial donations may be made to Bordentown Elks, Attn: House Committee, 11 Amboy Road, Bordentown, NJ 08505.

Due to the Covid 19 restrictions, 100 people at a time will be allowed in the funeral home. Masks must be worn, and social distancing must be practiced when possible. A speaker is outside for those wishing to listen outside during the service.

Elk Service will be lived streamed at https://my.gather.app/remember/richard-de-luca

The Mass will Live Streamed on the church's website.

Arrangements are under the direct care and supervision of Robert L. Pecht, Bordentown Home for Funerals 40 Crosswicks St. Bordentown, NJ 08505. Please go to Rich’s Book of memories page at www.Bordentownhomeforfunerals.com for arrangement information, to upload a picture, make a donation or offer condolences to the family.
Read Less

To send flowers to the family or plant a tree in memory of Richard C De Luca, please visit our Heartfelt Sympathies Store.

Receive notifications about information and event scheduling for Richard

Donations are being accepted for: Bordentown Elks Lodge 2085.

We encourage you to share your most beloved memories of Richard here, so that the family and other loved ones can always see it. You can upload cherished photographs, or share your favorite stories, and can even comment on those shared by others.

Michelle Yip, The Sevinsky Family, and other have sent flowers to the family of Richard C De Luca.
Show you care by sending flowers

Posted Mar 27, 2021 at 07:46pm
Sadly missed, this good man. Our heartfelt sympathies go to his wonderful wife, Barbara, and his family. We will remember him.

Posted Mar 20, 2021 at 08:02am
So sorry to hear of your loss. Please accept my condolences to you and your family. You are in my thoughts and prayers.

Flowers were purchased for the family of Richard De Luca. Send Flowers

Posted Mar 19, 2021 at 08:07am
Wishing you peace to bring comfort, courage to face the days ahead and loving memories to forever hold in your hearts. 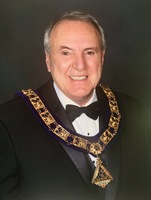