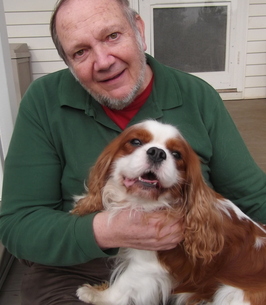 It is with great sadness that we mark the passing of Michael S. Richmond from cardiac complications on April 5, 2022, in the care of Our Lady of Lourdes Hospital, with his wife, daughter and son-in-law by his side. He was 73 years old and lived a full life.

Michael was born in Kansas City, Missouri on August 16, 1948. The only child of Lauren M. Richmond and Freda R. Richmond (nee Caudle), the family relocated to New Jersey when Michael was approximately nine years old. A graduate of Franklin Township High School in 1966, Michael would go on to receive a Bachelor of Arts in History and Economics from Layfette College in Easton, Pennsylvania and a Juris Doctorate from the University of Kansas Law School. He returned to New Jersey, settling in South Brunswick for nearly 40 years. During this time, Michael married, had a family and built the life that we remember him for today. In 2016 he and his beloved wife, “Cookie,” relocated to Columbus, NJ until the time of his passing.

Michael proudly served for 16 years in the United States Army Reserves. He was active in the Reserves from 1970 through 1986. He officially retired from the Army in 1992 achieving the rank of Major and receiving an honorable discharge from service.

Professionally Michael was a very well-known and respected attorney. He served as the municipal prosecutor for several municipalities including South Brunswick, Milltown and Franklin Townships. He also served as the public defender for Plainsboro Township. In private practice, Michael became an authority in the field of DWI/DUI defense. His extensive municipal court experience led to co-authoring the book “New Jersey Municipal Court Practices,” currently printing in its 17th edition. Over his long career, Michael was a partner in various firms located in South River, North Brunswick, South Brunswick and Woodbridge Township. Michael also loved working for his long-time friend’s company, Career Development Institute, where he taught classes on the topics of Animal Control and Humane Law Enforcement Officer certification with special emphasis on Courtroom Testimony and Search and Seizure. He loved teaching so much that he continued teaching even into retirement.

Michael was active for many years in the NJ Republican Party and assisted with the campaigns of numerous politicians over the years to include Dick Zimmer, Bill Barone, Jim Courter, Pete Inverso, Christine Todd Whitmen, Chris Christie and George H. W. Bush’s local NJ campaign. Additionally, Michael served as the attorney of record for various Board of Educations, Municipal Fire Commissions, The Middlesex County Home Health Aid Corporation, Sustainable New Jersey and The New Jersey Local Board of Health Association who honored him in 2018 for his years dedicated service. Michael’s life-long love of world and American History lead him to his most recent involvement with The Old Barracks Museum. There he served on the Board of Trustees and as the Treasurer. His time being a part of the museum was an honor to him and brought him countless hours joy.

Michael was loved by many in the community and by those whose life he touched. He was predeceased by his father, Lauren Mohn Richmond and his mother Freda Roberta Richmond, (nee Caudle). He leaves behind his loving wife Marguerite “Cookie” Richmond, (nee Carreras), his daughter Lori-Ann Richmond-Fernandez and her husband Danny Fernandez. He is missed by his stepchildren and their spouses; Dalton and Carolyn Featherston, David and Margo Featherston, Michael Featherston, Theresa Featherston and her husband Ricardo Garcia. Michael leaves behind three step-grandsons; Clinton, Justin and Jared Featherston and one step-granddaughter Jesse Atkinson.

Michael will be dearly missed by all. His family requests in lieu of flowers to honor his memory with a donation in his name to the Old Barracks Museum in Trenton, NJ. Please visit www.barracks.org/donate.html


A Mass of Christian Burial will be Celebrated on Tuesday April 12, 2022 11:00 am at St. Mary Roman Catholic Church 45 Crosswicks St. Bordentown NJ 08505. Calling hours will be held Tuesday morning 9:30 ~ 10:30 am at the funeral home. Cremation will be private.
Michael's Mass can be watched via the Mary Mother of the Church Parish-24/7 Live Stream by click the link below:
http://mmotcp.org/

Arrangements are under the direct care and supervision of Robert L. Pecht, Bordentown Home for Funerals 40 Crosswicks St. Bordentown, NJ 08505. Please go to Michael’s Book of memories page at www.Bordentownhomeforfunerals.com to upload a picture, light a candle, order flowers make a donation or offer condolences to the family.