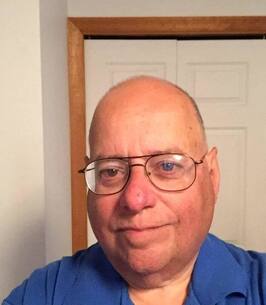 Mr. Gamba was born in New York City and lived in Lawrenceville.

He was employed by Gainwell Technology as a senior application developer.

Mr. Gamba was an avid golfer and a longtime member of the BPOE holding many offices.

Son of the late Louis and Ida Bernazzoli Gamba, and husband of the late Janet A. Gamba, he is survived by his daughter and son-in-law, Nancy and Robert Hoffman of Fuquay Varina, NC; 3 grandchildren, Alexia, Jocelyn and Annabell; also survived by his first cousin, Diane Stickna.

Visiting will be Friday, September 3 from 6 – 8pm at the Bordentown Home for Funerals, 40 Crosswicks Street, Bordentown, NJ 08505. Hightstown Elks will hold services at 7:30pm.

In lieu of flowers donations may be made in Lou's name to NJSEA SCC- Camp Moore c/o 9 Amboy Rd. Bordentown NJ 08505