To share your memory on the wall of John A. Lynch Major/USNG/Retired., sign in using one of the following options:

Provide comfort for the family by sending flowers or planting a tree in memory of John A. Lynch Major/USNG/Retired.

Provide comfort for the family by sending flowers or planting a tree in memory of John A. Lynch Major/USNG/Retired.

Print
John A. Lynch, son of George A. Lynch and Anna Haines Lynch departed from this earth and went to meet his Supreme commander on June 5, 2021.

Born at Camp Dix, NJ, he lived in Bordentown for most of his life. Upon retirement he and his wi... Read More
John A. Lynch, son of George A. Lynch and Anna Haines Lynch departed from this earth and went to meet his Supreme commander on June 5, 2021.

Born at Camp Dix, NJ, he lived in Bordentown for most of his life. Upon retirement he and his wife, Janet, moved to their vacation home in the Poconos. He was currently residing in Bordentown, NJ.

He was a graduate of Bordentown High School, class of 1944 and Bordentown Military Institute, class of 1947. He spent two years at Sampson College and received his B.S. from Syracuse University. He received a Master’s degree and his teacher’s certification from Rider College.

John served in the South Pacific with the U.S. Navy as a gunners mate and took part in the invasion of Okinawa and Saipan.

After graduation from Syracuse, he joined the National Guard and was assigned to the 114th Infantry Hq. & Hq. Co. in Bordentown. During the cold war, armor units were needed so the Hq. & Hq. Co. became Charlie Company 253rd tank and battalion where he took command.

John was a business teacher when Bordentown Regional High School first opened. He started a co-op work program where students attended school for half a day and worked in business in the afternoon. He also enjoyed coaching football and baseball.

A Mass of the resurrection will be celebrated on Thursday June 17, 2021 11:00 am at Mary Mother of the Church Parish 45 Crosswicks St. Bordentown NJ 08505. Calling hours will be held that morning from 8:30 am ~ 10:30 am at the Bordentown Home for Funerals 40 Crosswicks St. Bordentown. Burial with military honors will follow at the Brig. Gen. William C. Doyle Veterans Cemetery, Wrightstown NJ.


Arrangements are under the direct care and supervision of Robert L. Pecht, Bordentown Home for Funerals 40 Crosswicks St. Bordentown, NJ 08505. Please go to John’s Book of memories page at www.Bordentownhomeforfunerals.com for arrangement information and direction, to upload a picture, order flowers or offer condolences to the family.
Read Less

To send flowers to the family or plant a tree in memory of John A. Lynch Major/USNG/Retired., please visit our Heartfelt Sympathies Store.

Receive notifications about information and event scheduling for John A. Lynch Major/USNG/Retired.

Receive text or email updates for John A. Lynch Major/USNG/Retired.

Donations are being accepted for:
DISABLED AMERICAN VETERANS (1 CINCINNATI) BENEVOLENT & PROTECTIVE ORDER OF ELKS OF THE USA (2085 BORDENTOWN)

We encourage you to share your most beloved memories of John A. Lynch Major/USNG/Retired. here, so that the family and other loved ones can always see it. You can upload cherished photographs, or share your favorite stories, and can even comment on those shared by others.

Kaylene and Bob Green and Ed and Sandy sent flowers to the family of John A. Lynch Major/USNG/Retired.
Show you care by sending flowers

Posted Jun 14, 2021 at 12:42pm
"John Lynch" will remain in our hearts forever. I was so honored to know your father. He was a truly wonderful man who will live on in our memories,

Kaylene and Bob Green purchased flowers for the family of John A. Lynch Major/USNG/Retired.. Send Flowers

Posted Jun 12, 2021 at 02:00pm
Rest In Peace our good friend. We will always remember our good times together with you and Jan on Sunset in the Poconos.

Ed and Sandy purchased the Peaceful White Lilies Basket and planted a memorial tree for the family of John A. Lynch Major/USNG/Retired.. Send Flowers 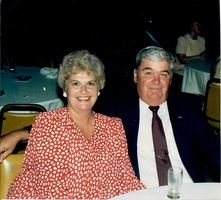